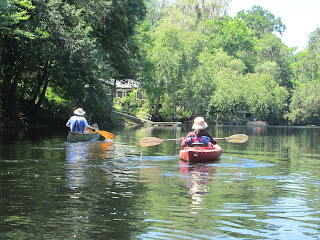 This simple trip down the river started out way more complicated. It was a beautiful Spring day. Cool and breezy with a bright, clear sky, and low humidity after a front went through. Perfect for paddling. The original trip was planned for the Wekiva river. We were going to put in up river near Gulf Hammock and float down river and be retrieved by the guide in about 4 hours at Wacasasa Park Boat Ramp. On the morning of the trip, around 8 am, while we were waiting for our ride to pick us up, we got a call saying the trip is off, A tree fell and we can't get down river. We were disappointed to say the least. After nearly a day of preparation, we didn't want to just stay home. We were ready for an adventure. So after some discussion about all the possible rivers and springs we could visit we decided to try something all three of us had done before, float down the Santa Fe from 441 to Rum Island.

I had fishing and painting gear with me and I was ready to do both as we floated down stream. I should have known better. It's hard enough to do one thing while paddling a kayak, never mind tend to fishing and doing a sketch. Some how I did manage to do a little casting and even had a small fish on before I decided to give it up and just try to sketch.

Sketching in a boat moving down river, especially a kayak, is difficult. The boat was moving about 4 mph and not going where I wanted it to go! It would not track and it was a constant battle to keep it headed down river and not sideways or backward. Of course, it always headed for the low hanging brush along the banks. Paddling became way more involved than I thought it would due to the poor maneuverability of the boat.

I was prepared to work fast with watercolor pencil and markers, but this was crazy fast. No sooner did I get the paper out than I had to correct course and get back to the middle and out of the weeds. Then look down at my bag and get a pencil, look up and quickly find my composition again. But in that short time, I had moved, the view was different. I dashed in a few lines and grabbed the water brush and to get a quick wash going from the Elegant Writer or the Dark Wash Derwent graphite pencil. I was using paper that I had previously gessoed with a neutral color so I was concentrating on getting the dark's and lights. Shadow patterns and reflections. That is a lot to ask for in a 30 sec sketch There was no going back. Not only would I have to turn around and go back up stream, but I was falling behind the other boats and after each sketch I would have to paddle like a mad man to catch up. Over the course of the 3 hour float I got 5 sketches. However I didn't get any real reference shots because the picture I took after the sketch would have to be behind me! I wrote on the back of each one what I was doing and where. 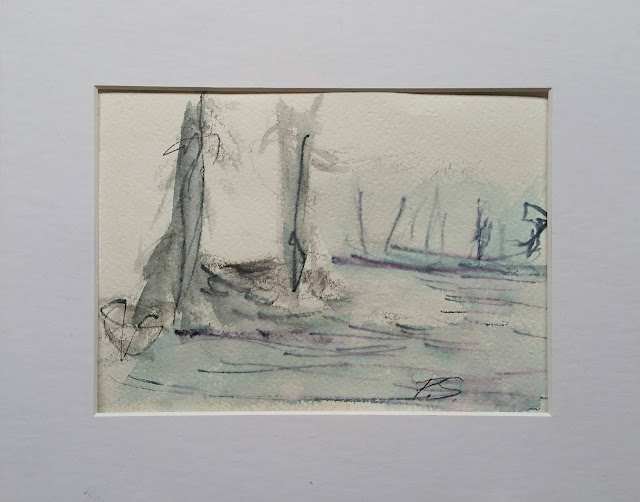 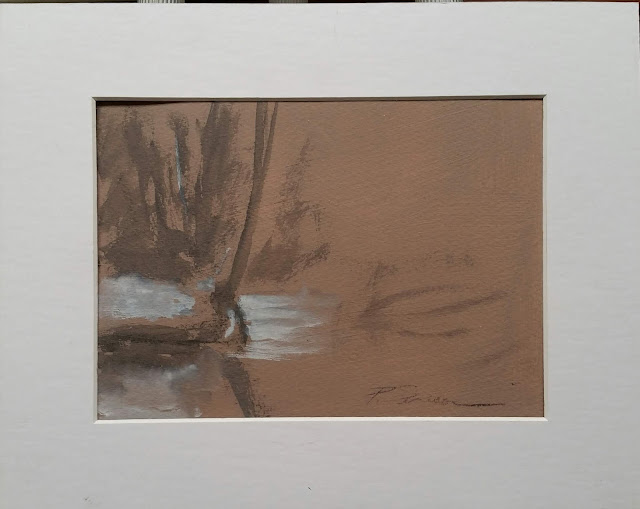 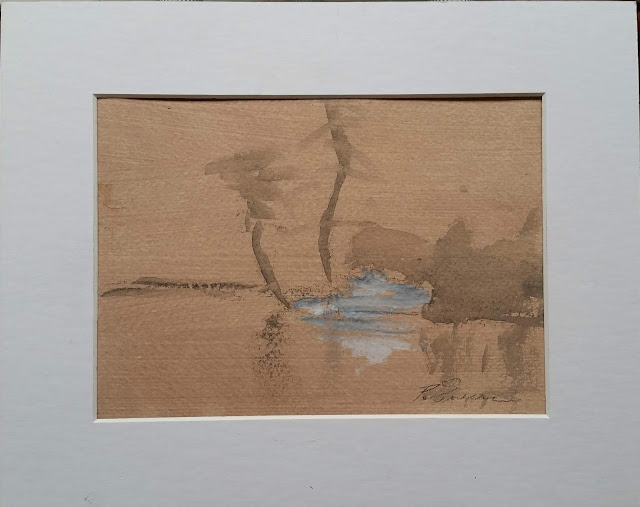 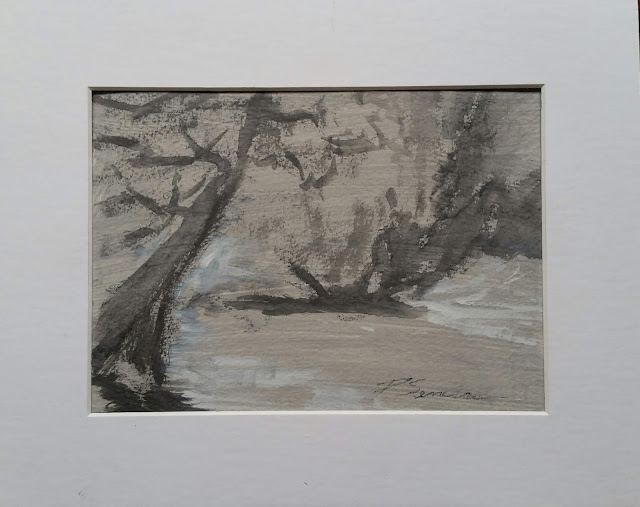 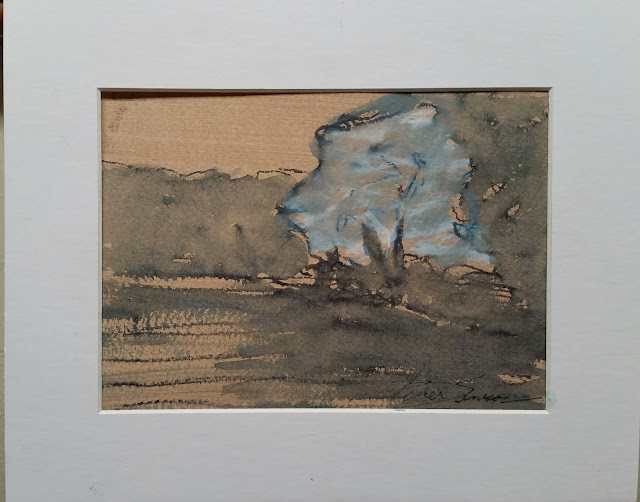